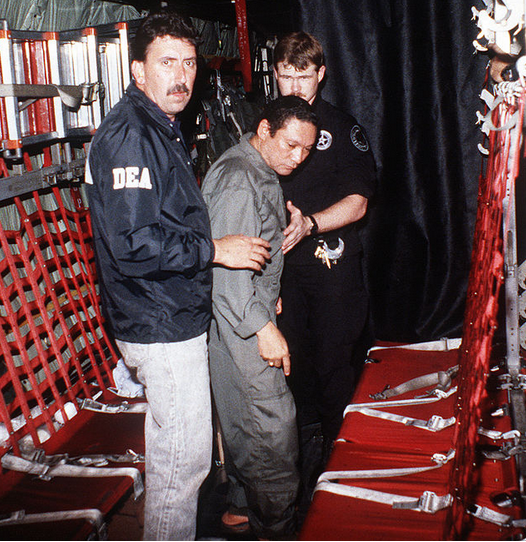 Recent reports out of France that former dictator Manuel Noriega is going home to Panama – as an extradited prisoner – come at a time when his U.S. drug trafficking conviction from 20 years ago is getting fresh attention.

Remember, this was a criminal case that followed the U.S. military invasion of Panama in 1989. Noriega was seized and charged with drug violations — but the prosecution was no slam-dunk. New details from a cartel insider confirm that Colombian drug lords secretly helped unwitting Justice Department officials bolster their case.

Months before the politically sensitive trial opened in Miami, cartel bosses in Cali arranged for one of the dictator’s former trafficking partners to surrender and cooperate with the Americans, a stunning break at the time for the government case.

But what U.S. officials didn’t know until years later was that their star witness only came forward after the drug cartel promised him $1.25 million.

An account of the covert transaction is disclosed in detail for the first time in the new book, “At the Devil’s Table: The Untold Story of the Insider Who Brought Down the Cali Cartel.” These are some of the highlights:

Ricardo Bilonick was a financially strapped former trafficker in Panama City with long and lucrative ties to Noriega. His defunct air cargo company had moved tons of cocaine through Panama for Pablo Escobar’s Medellin cartel and paid millions of dollars in protection money to the dictator. Bilonick wanted his own plea deal, so he was already weighing how best to come forward.

A Cali emissary advised that every one would benefit if Bilonick surrendered through Lucho’s American legal defense team. That emissary, a cartel chief of security named Jorge Salcedo, said the gentlemen of Cali would be very grateful. Bilonick asked for $2 million.

But the cartel godfathers didn’t get to be billionaires making rash investments. For starters, they didn’t like the price tag. More importantly, they wanted assurances they would get their money’s worth.

Understandably, Bilonick wanted his money up front – before going into U.S. custody. His testimony against Noriega, however, would not be required until months later. Salcedo came up with the perfect solution for that occasion.

As detailed in “At the Devil’s Table,” Salcedo first delivered a black leather briefcase stuffed with U.S. currency totaling $250,000. It was the cartel’s down payment. But the key to the deal was a $1 million certificate of deposit that would not mature for several months. In the meantime, it was placed in a safe deposit box at the Banco Vizcaya where access required two keys – one held by Bilonick’s wife, the other by the cartel’s Salcedo.

The CD would remain in the locked vault unless or until the bosses were satisfied with Bilonick’s performance on the witness stand.

Months later, Noriega was convicted. Lucho’s prison sentence was trimmed by nine years. Bilonick received a reduced sentence for cooperating. And Salcedo returned to Panama with his key to turn over a matured million-dollar CD to Bilonick’s wife.

Postscript: In 1995, Salcedo turned against the Cali cartel and entered the U.S. witness protection program. Disclosure of his role in the Noriega case prompted a motion to reverse Noriega’s conviction. It was rejected. At the time, Bilonick called bribe allegations “idiotic.” He declined to be interviewed about Salcedo’s account.