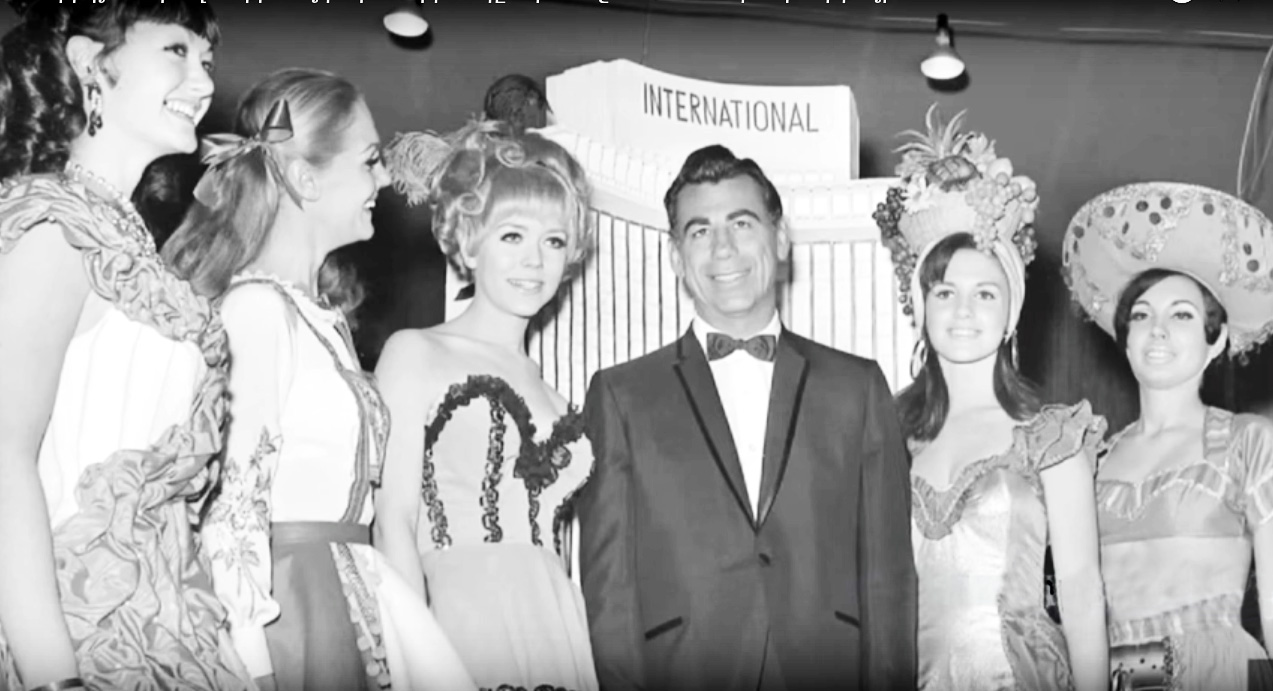 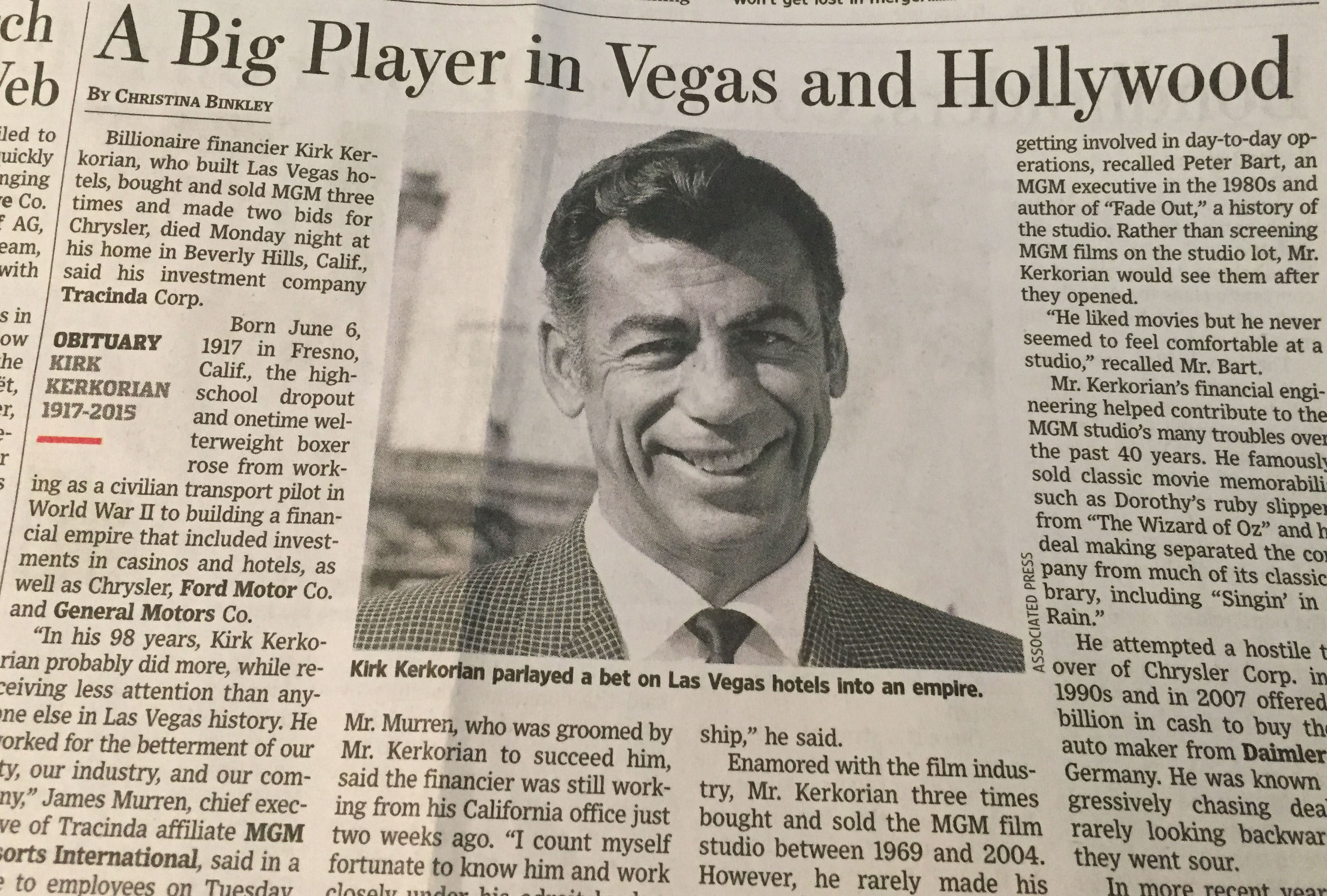 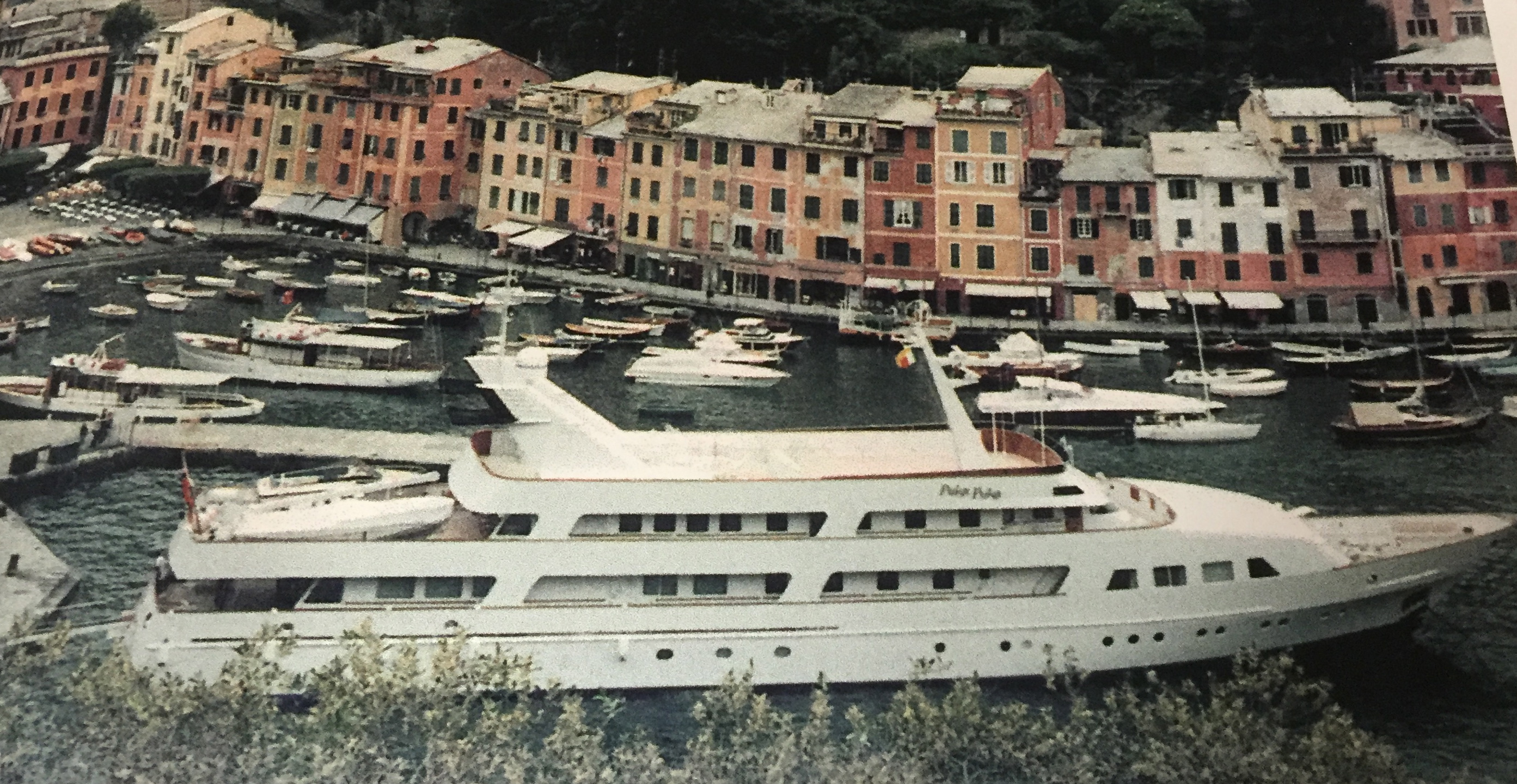 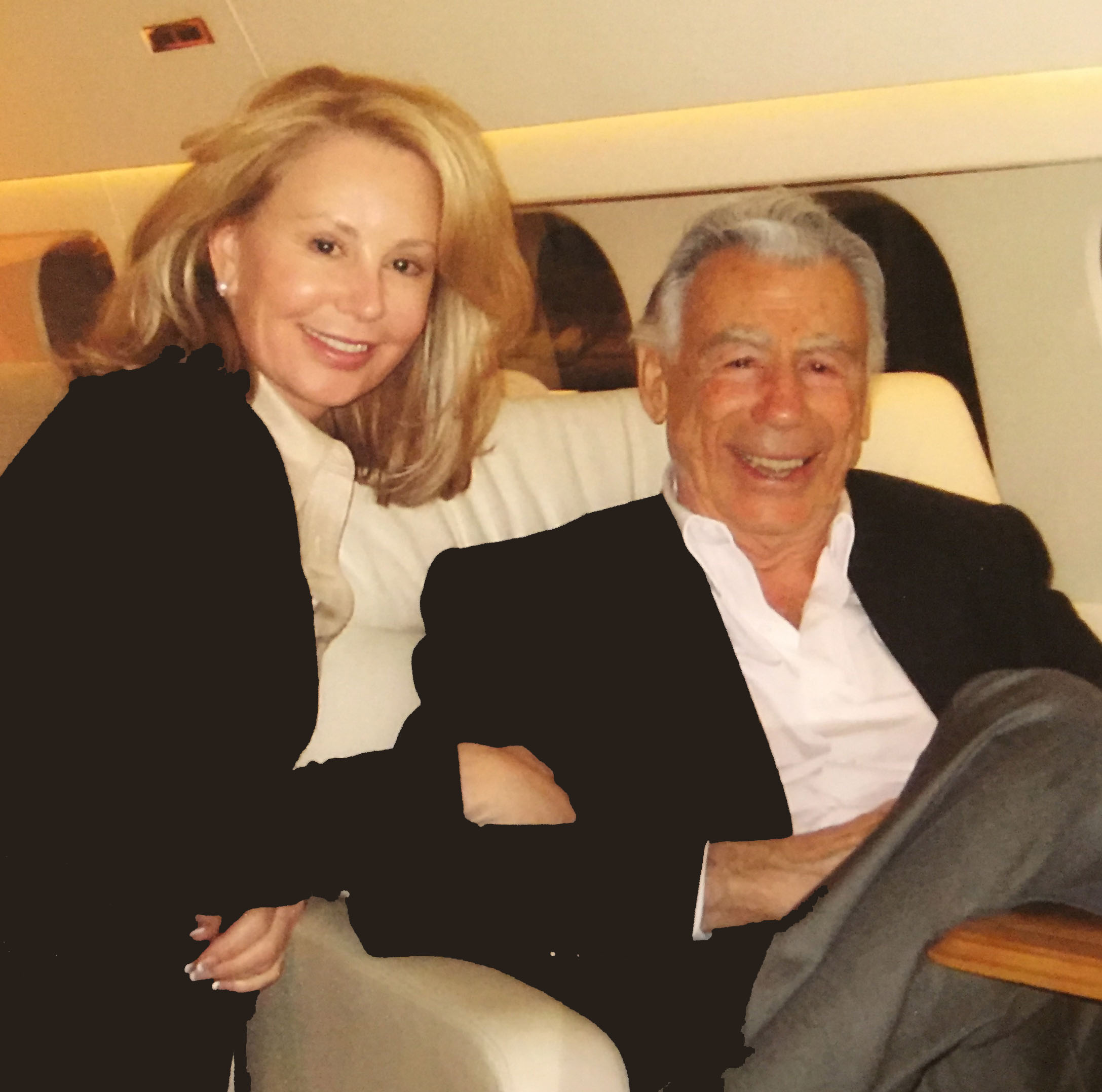 TOP Photo: Kirk’s International was the world’s biggest hotel and casino when it opened in 1969

SECOND ROW: Kirk’s obituary as it appeared in the Wall Street Journal in 2015

THIRD ROW (right): Kirk as a resort and movie mogul with friends Cary Grant, the actor, and Ray Anthony, the band leader

FOURTH ROW: Kirk’s yacht, the “October Rose,” was bought and sold and leased under many names — here in a Mediterranean port